PPPs are the way forward for the nutrition sector. 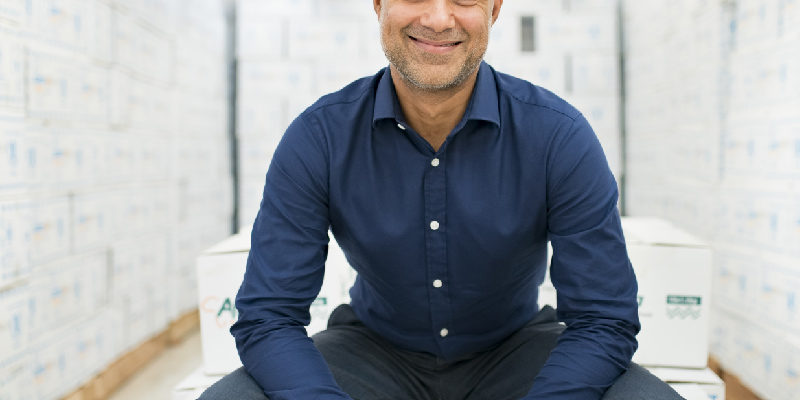 Africa Improved Foods, founded in 2016, produces fortified foods for Africa at its facility in Kigali, Rwanda. Fresh from his appearance on a panel at the Nutrition Africa Investment Forum (NAIF) in Nairobi in October, its CEO, Amar Ali, spoke to African Business about the company’s progress over the last year and the challenges that lie ahead.

As a relatively new nutrition company setting up in Rwanda, what have your successes and failures been so far?

To do something like this is tough. We are doing something which has never been done before, on a very large scale, to a quality standard that is frankly unknown in the region. So it has been a challenge. On top of that we are a joint-venture and a public-private partnership, so we are trying to do a lot of different things at once. However, a year and a half in and we have finished our processing plant on time and on budget, which is really a showcase for what can be done here. We have been operating between 80% to 100% capacity the whole time. We have the highest levels of product quality–much higher than would be the national standard here. We are at the global standard. We have exceeded our supply targets for the World Food Programme and the Government of Rwanda. We have also launched five new commercial products in three countries. We are working with 25,000 smallholder farmers and we have doubled our local sourcing over the course of the year. So all in all, it has gone pretty well.

Why did you choose Rwanda as a base?

A few reasons-the ease of doing business: it is considered to be the second easiest country to do business in Africa. It also has an economic and political system that is looking for investors. And it is well positioned strategically. In 10 years or so, neighboring DRC and Tanzania will have loom plus populations.

Is it possible to make money while doing good–especially in the nutrition sector, which is relatively underdeveloped? Is a PPP the right model to achieve this?

It is a tough balance to try and get all the different pieces working, but I think the short answer is yes. One of the main things we are trying to do is solve the issue of malnutrition and stunting in Rwanda. To do that you need to partner with the Ministry of Health, the Ministry of Agriculture, etc. So at the minimum you need to have a close relationship with the Government.

Having the Government as our shareholder ties the knot and works for both of us. I know other situations where it can be unhelpful-if for example the Government swamps you in bureaucracy and slows you down, but that is not the case here. When it comes to the actual running of the business they do not get involved. That’s how they would like it and that is how we would like it.

I think more broadly the future is definitely in the development-private partnership space with impact investors like the IFCs, CDCs and FMOs. This kind of capital and those kinds of shareholders are the way forward because they can de-risk these things to make it feasible for large investors to come in and put down tens of millions of dollars.

Do you think there is enough demand for nutritious food in the region? Can you disrupt the local supply chains?

That is what we are hoping. It does involve some behavior changes in creating demand. Currently, the consumer has a fairly polarized choice. Either very cheap and low-end flours or expensive imports. There is a huge space in between and we are trying to capture that space. In order to capture that space we need to get the consumers to the point where they can recognize the difference between the quality of products. They will look at the foreign import and assume that it is of higher quality than ours, whereas in reality it is not. So there is an education process for the consumer. Actually it can be made in Africa, it can be made in Rwanda and it is just as good as something made in Switzerland or the UAE or wherever. So there is a bit of demand creation and marketing that needs to be done.

Should that be the work of the Government?

We need to do it first of all, but we also need support from the regulatory side. For many products there is no way to know what is nutritious and what is safe. Many cheap flours make all sorts of claims about nutritional value. This is where regulation and standards agencies are really important to move the market up to a place where the consumer can make those decisions and understand the value.

There is a huge push to transform smallholder farming on the continent. How has your experience been in sourcing most of your crop from Rwanda?

It has been a journey. We’ve been through four or five phases and now we are starting to get to the model that we think is working. We have sourced 10,000 tons of maize this year which is more than half of our requirement. We have reduced our rejections from 90% last year to 24% this year. We’ve done a lot of work on the post-harvest side. So we are in a good place now and we need to scale it up and find funds and partners to do so.

What do you think your responsibilities should be in terms of integrating smallholders into supply chains? Are you happy to build the storage facilities and cover the transport costs?

As a business we need to draw the line of what we can do somewhere. So at the moment we have been getting very close to the farm gate to try and get things working. But we have to draw boundaries according to our resources. So what we would like to do is create entities that do last mile grain collection and post-harvest handling, and partner with them.

What are the next stages for AIF?

Ethiopia is the next target. We already have a legal entity there and we are in discussion with the Government.