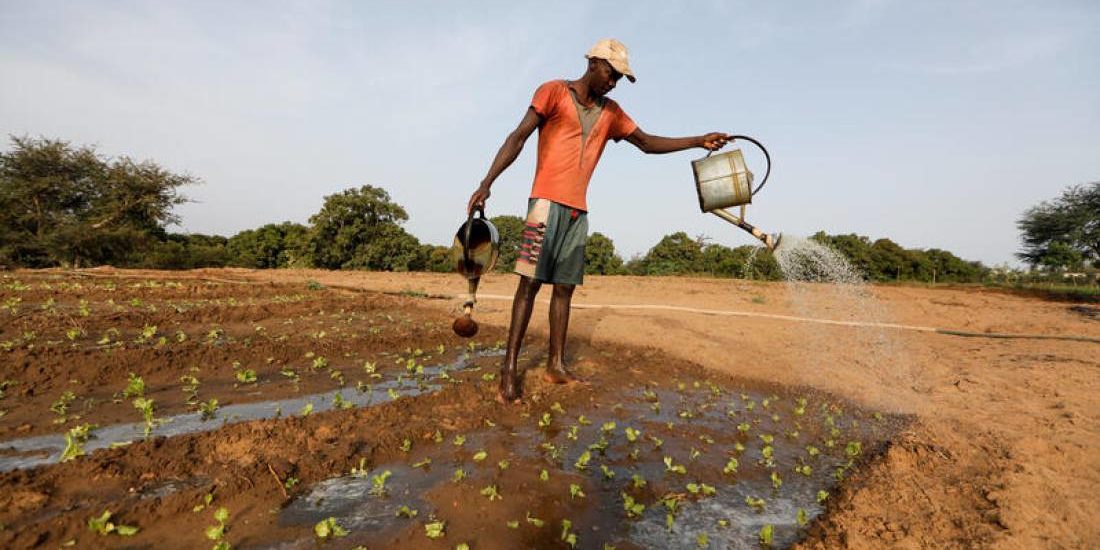 Africa is feeling the economic blow of Covid-19 before the impact of the disease itself. For while the continent of 1,2 billion people has registered fewer than 3% of the world’s coronavirus cases so far, the economic fallout has been severe.

Lockdowns, the collapse in oil and commodity prices and the breakdown of many supply chains are punching huge holes through national budgets. This in turn has limited the ability of governments to meet people’s immediate health and survival needs.

With a continent-wide recession looming and the UN predicting a “hunger pandemic” in the wake of the coronavirus, there are two ways in which the world can help right now: with data and with investments that strengthen Africa’s food security.

Timely climate data can help farmers make better decisions, such as when to sow crops. Timely health data can detect outbreaks of infectious diseases and stop their spread. Data is a resource, like seeds, water or money — and as with other resources, some countries possess an abundance of data, while others have little. The private sector can help bridge Africa’s data gap and in doing so make a lasting contribution to the continent’s food and health security.

Data travels on digital networks, which are mostly privately-owned on the continent, and it is true to say that the spread of digital technology has been one of the most striking African success stories over the past 15 years. Last month, more than half a billion Africans accessed the internet.

During the current pandemic, mobile money services have been a lifesaver – allowing street vendors and the self-employed to remain in business and transactions to take place without the risk of contagion from handling cash. The huge popularity of mobile money apps — of the 1 billion registered accounts worldwide, almost 500 million are in Africa — is clear evidence of the appetite for these services. Private-sector investment in mobile broadband will form the backbone of new data services for the continent.

Right now, Africa is making full use of its digital communications networks to collect information on the pandemic and to push out health and hygiene messages.

Call any phone in Ethiopia these days and you will hear a jingle about the importance of hand washing and social distancing. The World Health Organisation (WHO) is using a data collection system originally set up to battle polio to track Covid-19 infections.

It relies on 6 000 community members — from traditional healers to village chiefs — in 11 countries to report symptomatic patients to the WHO via their mobile phones. In West Africa, countries are deploying skills and surveillance techniques developed during the 2014-15 Ebola outbreak and in Ghana, the start-up Farmerline is sharing vital Covid-19 updates with farming communities through a voice messaging service.

All these initiatives, in addition to Africa’s experience in dealing with previous epidemics, are helping to slow the spread of contagion. But more needs to be done and at scale. For this to happen, start-ups and established businesses, NGOs and government agencies, users and service providers need to come together to set priorities and pool resources.

The availability of better climate data is informing better policymaking and is also allowing other services to develop: farmers in Rwanda and Ethiopia, for instance, now have access to credit and insurance based on regional rainfall indices compiled with Enacts data. These services were simply not available when climate information was patchy and non-standardised.

Start-ups and NGOs are also working to deliver timely information to farmers. This takes many forms: market prices for agricultural commodities delivered to farmers’ mobile phones, climate forecasts and tips on how to deal with livestock disease or pest outbreaks. All allow farmers to make more informed decisions on when to plant and when to sell, a potential lifesaver for the 60% of Africans whose income is dependent on the land.

Another priority area for investment is agribusiness. The private sector needs to play its part in ending hunger and malnutrition on the continent.

Furthermore, investments in local food production can pay for themselves many times over – by stabilising farm incomes, improving health and nutrition, and making countries less dependent on food imports.

In Rwanda, Africa Improved Foods (AIF) — a public-private partnership — buys maize and other crops from 24 000 smallholders and processes these into “super cereals” with added nutrients. For an initial $70 million investment, AIF calculates its enhanced cereals reach 2 million children, in addition to providing a stable income to farmers, mostly women. An independent study conducted by the University of Chicago estimates that from 2016 to 2031, AIF will generate nearly US$758 million for the people of Rwanda.

This is a critical moment for African nations, which are fighting overlapping health, economic and climate crises with only a fraction of the resources available to the industrialised world. African leaders have this year asked creditors for an extra US$100 billion in debt relief and economic aid.

Rich countries should do all they can to meet this request. In particular, they should not cut back development aid, which is usually set as a percentage of the developed world’s now shrinking GDPs. Everyone has a key role to play in building out the continent’s digital networks, in expanding lifesaving data services and investing in agribusiness. This is the moment to think of critical projects that can be scaled up to deliver greater health, food and economic security for Africa.