How Nuns in Ruhango are using Nootri to combat malnutrition in children. 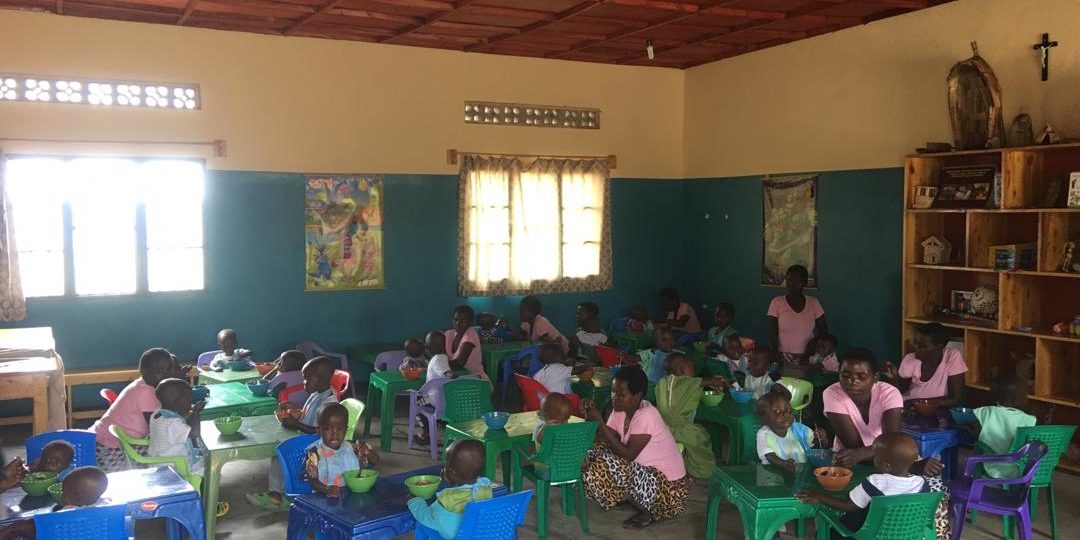 Our visit to Fillie Della Misericordia was nothing short of charming. The amazing smiles that met us from both the Nuns and children took our breath away. Located in Ruhango, two hours from Kigali is this nutritional center for malnourished children. The congregation of Nuns realized the importance of nutrition for children during their early years and decided to start this charity with a clear mission to grow the cognitive ability of the children in Ruhango and beyond.

This mission was started back in 2016 and that is when they encountered a new project in Rwanda called Africa Improved Foods. For them, this came as a relief because it meant that they could easily access highly nutritional quality foods locally. However, the journey wasn’t as easy at the start, they encountered challenges of many children coming in on a daily basis which wasn’t sustainable for their feeding program at the time. They didn’t have a stable supply of nutritional foods.

According to Sister Monica Chikwe, “Africa Improved Foods’ products Nootri Mama and Nootri Toto set a new precedent for us in making our efforts much easier. Since we introduced the products to the children, we have seen changes that we are very happy with. Our first consignment of 2 tonnes really helped make some good strides”

One specific case is a child called Daniel. He joined their community a few months ago, he is 2 years old but could not sit, crawl or even see. “Daniels condition was a bit tricky for us, we tried all means of feeding him right but it didn’t seem to make any difference. When we got to know about AIF and their products, we started feeding him Nootri Toto and as you can see he’s healthy. He has improved in such a short period of time. He can now sit, move from one place to another even his teeth are coming out, all thanks to AIF” Sister Monica continued.

The center ordered for more 200 cartons after the 2 tonnes they had gotten from AIF.

The center also introduced a sewing class for young girls in that area as a way of fighting against prostitution “Most of the patients we receive here are young girls who give birth from their parents’ home, and this is on a high rate. We realized that if we want to fight stunting in young children we also have to find a solution to this. We brought these young girls together and now teach them how to sew” Monica says

The nutritional center currently has over 40 children, they come in the morning and take a bath then feed them Nootri Toto before they start playing. Others younger than 6 months are breastfed by their mothers who we also give Nootri Mama. The Fillie Della Misericordia Center also has rooms in case the children or Mothers want to rest.