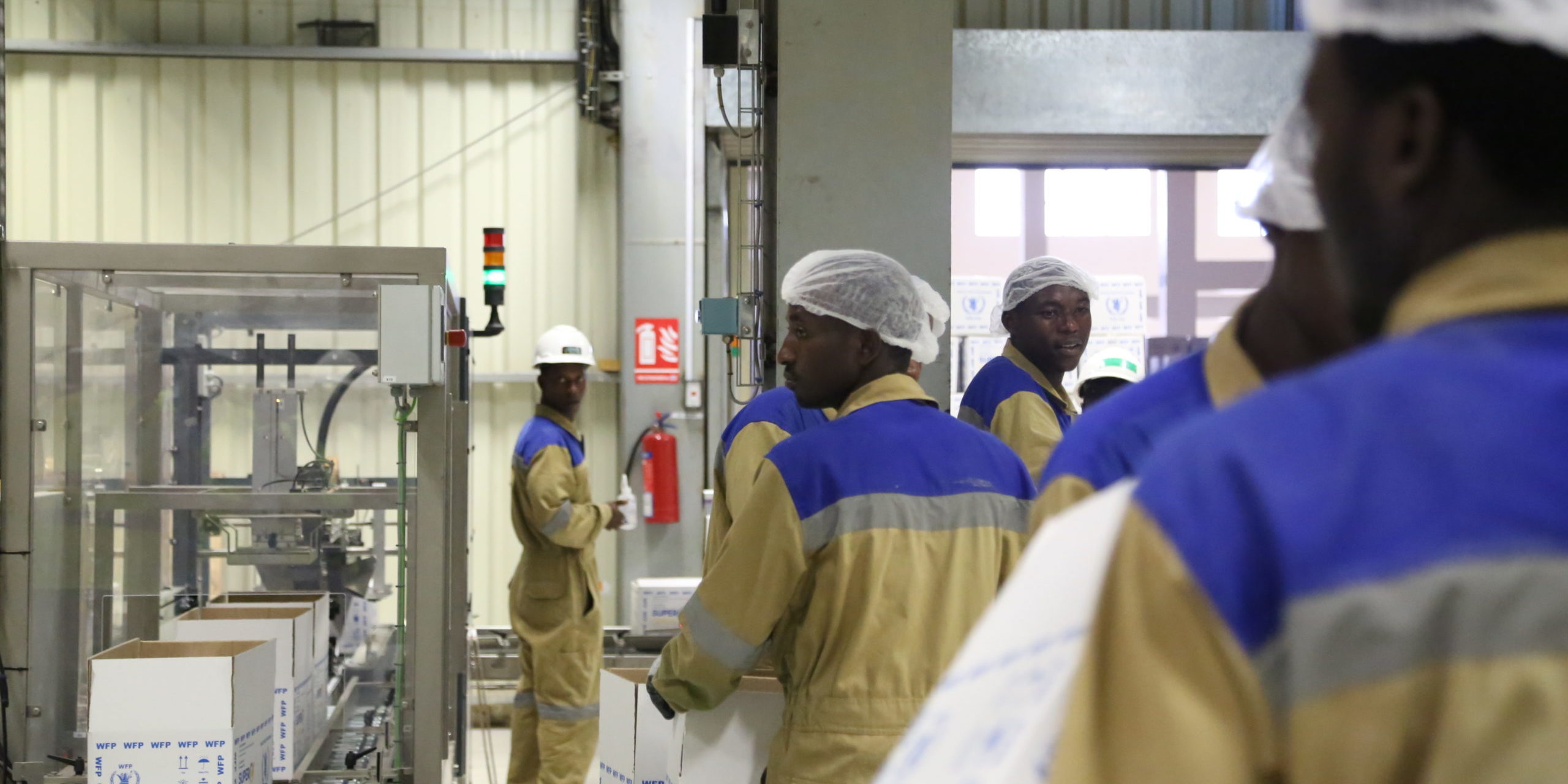 2018 has been a special and exciting year for Africa Improved Foods (AIF) as the organization celebrated its first year anniversary on 31st May 2018. Speaking of the anniversary, AIF was awarded the Best investor of the year 2017 and also RDB was nominated for the AIMs 2018 award because of AIF.

The management thanked the employees for the continued support in shaping the organization with a pioneering spirit, passion and outstanding work. “Without the staff, there would certainly be no 1 year anniversary,” said Joshi Darshana, the AIF Commercial Director.

Speaking to one of the employees on how he is inspired by what the company is doing in and outside Rwanda, Kwikiriza Bryan, an AIF staff working in the procurement department noted that the organization has had an extended impact on the economy of the country,” I believe that AIF has great economic and health impacts on Rwanda based on their standards of working, job creation, and outstanding products. Many Rwandans were using rudimentary ways of preparing flour and porridge for their families but now their perspectives are being changed by consuming AIF’s fortified products. This is a great contribution to the country and its’ society,” he said.

With over 500 jobs created during the construction of the plant in 2016, one begins to realize it’s not just the people that are working with the company but also the entire plant’s contribution to the outside. This, in point, refers to different beneficiaries like traders, transporters, and farmers.

“I started as a trainee, AIF taught me how to live with the company values and behavior such as knowing how to communicate effectively with my colleagues, being honest and take responsibility. This has also helped me upgrade my skills and thinking capacity as well as the financial performance of the company” said Elie Kwirinda, AIF staff in the Finance department.

The company is feeding over 1,680,555 malnourished children through their World Food Program partnership. More than 3.5 million nutritious porridge meals were provided to 46 districts in Rwanda and these products were specially formulated to address nutrient deficiencies.

AIF’s priority is not just hiring but also developing local talent. This has emerged as a critical pillar for growing capacity and efficiencies at both micro and macro levels. Employees want to feel like they are learning and growing in ways that will help them move up in their careers, whether that means promotion or more responsibilities.

“Work can be difficult and demanding, but if employees are given the opportunity to progress, grow their skill sets and get the training they need, then they tend to be happy and do better work as a result” Bryan added.