AIF – Taking Nutrition to every corner of Africa 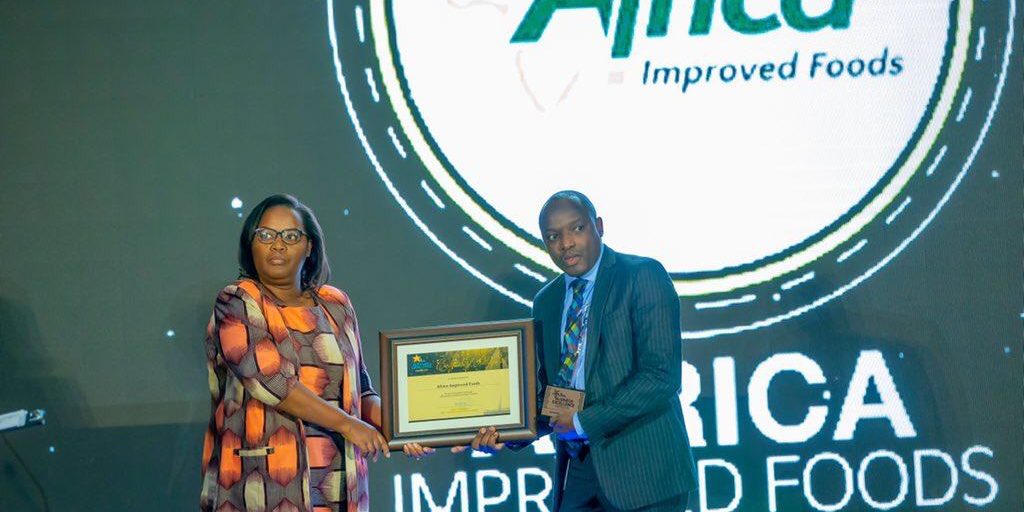 As is customary every January, The RDB Business Excellence Awards draws a diverse crowd that includes members of the local business community, development partners, the media, and various stakeholders’ as they take the opportunity to celebrate the development and success of local companies.

This year’s edition being the seventh was a glamorous ceremony that took place in the Kigali Convention Center where everyone waited with baited breath to see which companies would scoop awards in the eleven categories that were to be awarded.

With 180 local companies vying for these awards, Africa Improved Foods was honored to be recognized as “The Exporter of the Year” for the second year in a row. This award recognizes outstanding contributions from companies in the private sector to the export figures of Rwanda.

Since 2018, AIF has been producing Super Cereal for the World Food Programme that is distributed in relief camps across Kenya, Uganda, and South Sudan. The beginning of 2019 birthed the second partnership of this nature for AIF, it now produces NutriPro Family Porridge for Tropikal Brands Africa which can be found in stores across Kenya. These partnerships constitute the better part of AIF’s contribution to exports in Rwanda.

Among the eleven awardees, two of them were businesses that provide innovative solutions to farmers. These include Bufcoffee, which has several centers that gather coffee produce from farms in the same zone to be washed and dried and Agropy Ltd. which manufactures and distributes Eco- friendly pesticides that protect crops from the field to post-harvest handling and Storage.

This is a testament to the investments being made toward empowering farmers and scaling up agriculture practices.