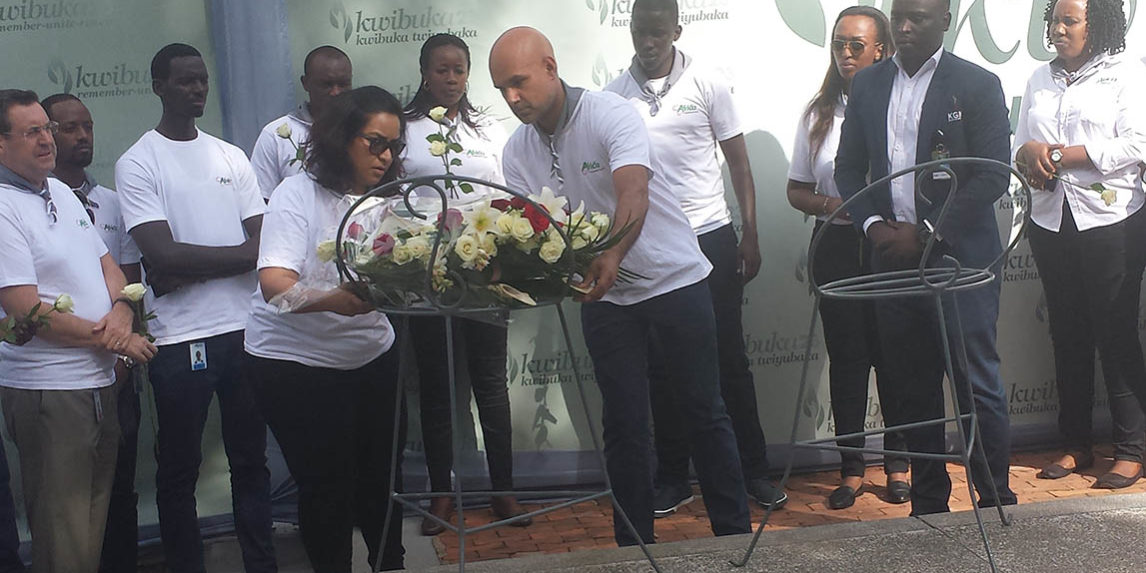 Africa Improved Foods Rwanda staff led by the Company’s Chief Executive Officer, Amar Ali, joined Rwandans and the world in paying respect to the victims of the 1994 Genocide against the Tutsi, when they visited Kigali Genocide Memorial
on Wednesday, 26thApril 2017.

The team received a guided tour around the memorial’s exhibition where they were able to learn about the history of the Genocide; its causes, how it was executed, consequences and how Rwandans are steadily rebuilding their nation by promoting
social cohesion and reconciliation.

They wrapped up the tour by laying wreaths on the graves where 250,000 victims of the Genocide are buried. In his remarks, Amar conceded that the Genocide against the Tutsi was a very humbling yet baffling experience.

“The fact that Rwandans have found it in their hearts to forgive and actually build something new is very inspiring not just to me or Rwandans in general but to the whole continent. Not many people do that. It is very inspiring to witness
it and be part of it,” he said.

“I think the message for our company and more broadly is what AIF Rwanda is trying to do to be part of creating a great culture that focuses on building a brighter future for everybody,” Amar concluded. AIF Rwanda made a Rwf1.5 million
donation to the Memorial.

During this year’s commemoration period, Rwandans and friends continue to remember more than one million victims of the Genocide against the Tutsi as well as learn more about Rwanda’s history so that they ensure what happened in 1994 never
happens again.