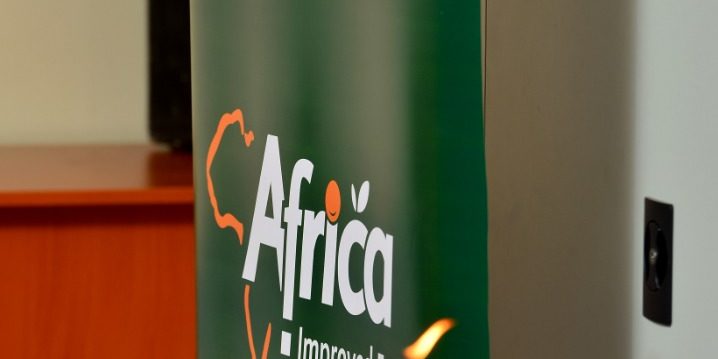 To commemorate Kwibuka 25, Africa Improved Foods staff assembled together in an all-purpose room to pay their respects and remember the fallen victims of the 1994 genocide against the Tutsi.

The staff joined Mr. Theogene Karinamaryo from the National Commission for the Fight against Genocide (CNLG) as he took them through the history of the genocide against the Tutsis dating back to the 50’s.

Before Mr. Karinamaryo’s presentation, AIF staff led by AIF Country Manager Prosper Ndayiragije, lit 3 candles in memory of the victims as he shared his sentiments on the day.

“We hope that these atrocities never happen again. Many lost families and some of the employees you are with today were victims. We value all of you who went through that or lost anyone in that fateful period,” said Prosper Ndayiragije, AIF Country Manager.

Going with the theme of this year’s Kwibuka 25, Twibuke, Twiyubaka (Remember, Unite, Renew), Mr. Karinamaryo gave us a background of the genocide, the motivation behind it being hate against a people, that later led to its planning and realization. It is then that the Rwanda Patriotic Front (RPF) joined hands with those in and out of the country to liberate it from the horrific 100 days that saw millions of people succumb to hate.

Mr. Karinamaryo said, “Genocide was pre-planned for years and what happened in 1994 was a stark reality of the acrimoniously planted seeds of hate by the former president Gregoire Kayibanda in the ‘50s.” He went on to say that, “When people with vile intentions get in power, chances are they rule with vengeful attitudes that disregarded those they hate. This was proven to be true during the 1994 Genocide against the Tutsis.”

Later, Bizimana Samuel, a victim of the genocide who works in the Operations department at AIF gave his testimony as the event was coming to a close. Through their young eyes, they recounted how they saw death and missed it by a whisker.

AIF remembers those who lost their loved ones and unites with those who went through the horrific events as we reflect and act on ways to never let these heinous times happen again.